What is the Internet of Things (IoT)? 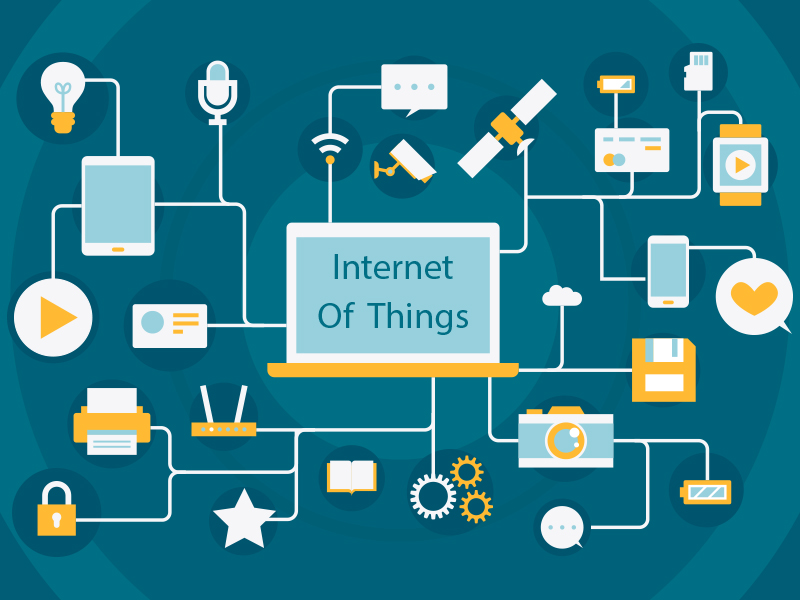 What is the Internet of Things (IoT)?

From smart homes with smart fridges, smart heating and smart burglar alarms, to wearable technology tracking your health, fitness and sleep, to smartphones talking to your desktop your smartwatch and your home entertainment system – the Internet of Things (IoT) is already amongst us in a big way, and only set to spread its techy tendrils through even wider aspects of all our lives as we head into the very futuristic future.

What is the Internet of Things?

IoT refers to the interconnection of unique and independent objects and devices over the internet.
That being said, when we hear talk of the Internet of Things, what’s being referred to is more than, say, the machine-to-machine (M2M) relationship between your remote control and your hi-fi system. Rather, it’s the more sophisticated end of the spectrum – i.e. the advanced level of interconnectivity between devices, systems and services that’s being described.
It’s your smart fridge alerting your smart car that you’re out of milk as you drive past the shops, and your smart car’s dashboard notifying you to pull-in to the next store to pick up the essentials.
It’s your smart weathervane acknowledging a drop in temperature, and thusly turning up the heating inside your house.
It’s when you step outside and lock your front door behind you, your smart home automatically turning off all the lights and appliances, setting your burglar alarm, and sending a signal to your car telling it to fire up its engine – it’s about to be taken for a spin.

The IoT Is All About Automation

IoT is a broad term, but what it essentially refers to is the smart communications that smart objects and devices use between each other to enable the automation of functions – completely bypassing any deliberate human input – and covers everything from smart kettles to heart monitoring implants.
The Internet of Things is a big thing indeed, and is only set to become an even bigger thing as more and more “Things” are connected.

Gartner forecasts that there will be 26 billion connected “Things” by 2020. ABI Research reckons that the figure will be even higher – 30 billion. And there’s more dispute. Cisco says that there will be 50 billion objects connected. Intel says 200 billion. And IDC says it will be more like 212 billion!
Whichever of these research giants have made the more accurate guestimate doesn’t really matter – the IoT will have a staggering presence in just a few short years.

Unsurprisingly, the IoT goes far beyond the interconnectivity of smart devices designed to enable greater consumer laziness convenience.
No, apart from objects and devices, the Internet of Things is also about sensors and the gathering of data. It’s “Things” like iBeacons being attached to every shop wall and street corner, monitoring consumer behaviour. Other innovations such as smart cement that monitors cracks, stresses and warpages in the very buildings, bridges and roads underneath, up above and all around us – these “Things” are the IoT. As an article in Wired puts it:
“If there’s ice on the bridge, the same sensors in the concrete will detect it and communicate the information via the wireless internet to your car. Once your car knows there’s a hazard ahead, it will instruct the driver to slow down, and if the driver doesn’t, then the car will slow down for him. This is just one of the ways that sensor-to-machine and machine-to-machine communication can take place. Sensors on the bridge connect to machines in the car: we turn information into action.”
In the medical field, the IoT is already being used for remote patient monitoring. In aerospace, Rolls Royce aircraft engines in flight today contain sensors that send real-time data on the engine’s functioning back to command centres on the ground. Microsoft uses software to detect which features on its products are being used the most, so it can thusly strip back support on those that are being used the least.

In short, the Internet of Things is set to be a global disruptor of practically every organisation in every industry. Try and imagine having to go back to using phones that are just, well, phones… It almost doesn’t bear thinking about.
The same will soon enough be true of roads, cars, homes, medicine, shopping, marketing, government and everything else.
What is the Internet of Things? Well, it’s everything. And, in a minute, it will be everything else as well – and all businesses need to consider the forthcoming impact the IoT will have on their industry and prepare.

All stories by : LeadSeed
Leave a Reply Cancel Reply
You might also like
One of the following
How and what social media to use
What Are Outbound Marketing Methods, and do they Still Work?
How to Use Social Media to Improve Customer Relationships

How to Reconnect with and Win Back Lost Customers

What Are Outbound Marketing Methods, and do they Still Work?