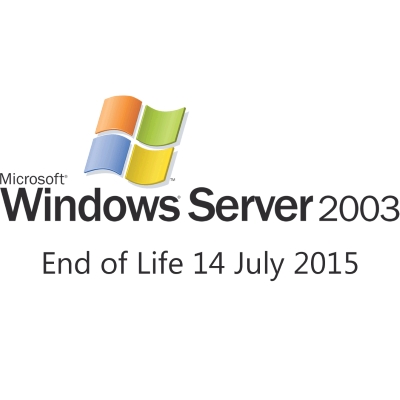 Back to Case Studies
LeadSeed enables sales and marketing teams to work together to deliver new business leads for HPE and its channel partners.


“This campaign was helpful in promoting HPE within HPE resellers. The profile of the campaign and the structure of the assessment made a significant impact on the level of sales engagement. The process also improved the knowledge of the resellers’ sales team around the HPE and Microsoft OEM solution”.

LeadSeed enables sales and marketing teams to work together to deliver new business leads for HPE and its channel partners.

HPE and Microsoft chose LeadSeed to help generate new business leads for Microsoft OEM products via HPE’s Inside Sales teams and channel partners. Indeed, Microsoft Windows 2003 was approaching end of support and the purpose of the campaign was to raise awareness and to identify end users who needed to initiate migration projects and refresh their hardware based on the Microsoft licence upgrade.

HPE promoted the Self Assessment through a variety of media – email to their installed base, web advertising and social media channels. End users were directed to an HPE Self Assessment which was designed to investigate their current infrastructure and any planned activities which might be impacted by the Windows 2003 end of support.

Respondent’s data was passed to the Inside Sales team to qualify further and develop as appropriate by telephone.

The partners rolled out the initial phase of the campaign to their own data and through digital media channels using the same HPE branded landing page and Self Assessment. Respondents who completed the marketing self assessment were followed up directly by the partner sales teams.

Some partners also chose to run some call out days to boost the success of the activity. With these resellers, LeadSeed ran some training on the LeadSeed Discovery platform so that the sales teams could effectively complete the assessments over the telephone. Where a prospect had not taken the Self Assessment, they were targeted with a sales call and asked to complete the assessment verbally.

Some HPE partners outsourced their calls out to NetPartnering, the HPE external marketing agency.

“We have closed significant business in the pilot stage of this project. When sales cycles are usually months long, it is great to have been able to run a marketing campaign which has generated real pipeline in a relatively short time. The LeadSeed team was there throughout the project to guide us on how to be most effective quickly. I’m delighted to reinvest in this platform for our own team as well as channel partners because I trust that it will deliver the same great results for us.” said Didier MOURGUES, Partner Account Manager – OEM, from Microsoft France.

Julie PERRIN, CMO from HPE reseller OCI commented “We booked 73 meetings as a result of this campaign. Within the first 3 weeks we had submitted 15 proposals and closed one opportunity. The campaign was very efficient for both sales and marketing. The assessment report was a great reason for the customer to accept a follow up meeting from us.”

The results for HPE

At the end of the pilot phase, HPE and many of its channel partners were able to identify revenue potential directly as a result of the campaign. HPE’s Inside Sales team closed one deal worth €800k (50% product and 50% services) within 2 months of the prospect completing an assessment.

The campaign therefore engaged 20 of HPE’s channel partners, demonstrating the appeal of integrating the Self Assessment into digital marketing campaigns. Most success was earned by the companies with the most developed and structured sales and marketing functions working together. Following the initial 6 months pilot project, HPE chose to re-invest in a further 6 months of activity for their own inside sales team and their channel partners.

LeadSeed is a B2B Conversation As a Platform generating qualified lead using “give to get” principle and building trust, gaining relationship. It combines the latest digital marketing technic with proven sales methodology.